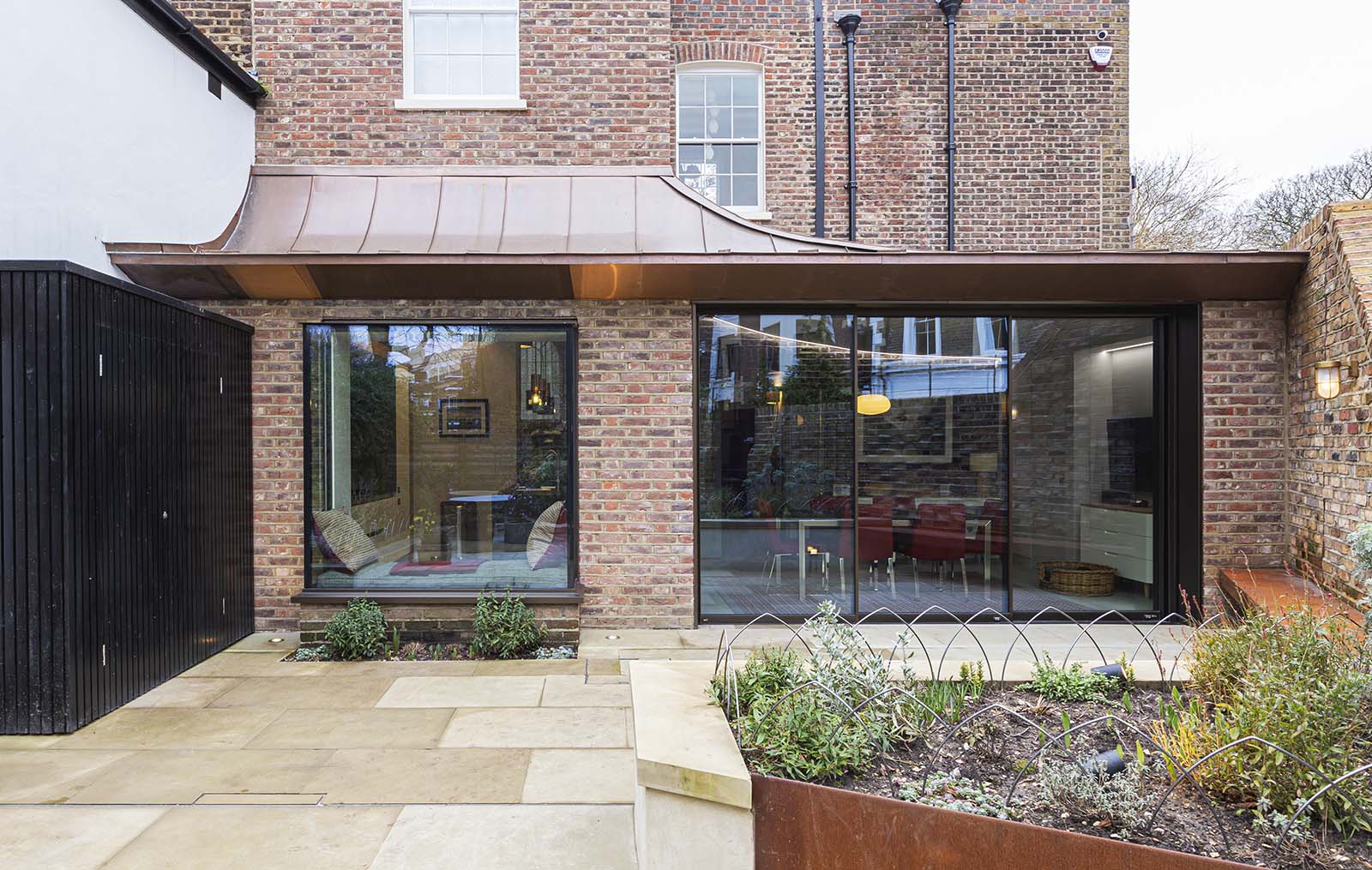 A late Georgian Grade II listed end of terrace property situated within the Canonbury conservation area has been painstakingly restored, remodelled and extended. The house had previously been extended with a number of incremental iterations at both ground floor and first floor. All were removed and the rear elevation of the original house was stitched back together as per the original house. New extensions were added at both ground and first floor and a new basement level was created under the main body of the original house.

The original rear outrigger to the rear had a ‘catslide’ slate roof. This informed the design of the curved roof which acts forms a ‘veil’ to the to the new ground floor extension. It is finished in copper and ‘floats’ above the top of the walled garden to the rear when viewed from the street, providing a counterpoint to the restored original brickwork. The elevation to the walled garden is predominantly glazed including a structural glazed window seat from the kitchen. Cast iron railings to the front elevation have been added to match the originals along with yorkstone paving and plinths to both front and rear landscaping.

Internally all existing timber floors and panelling to the staircase, hallway and landing have been carefully restored as with all doors, architraves and skirtings, with a traditional colour palette for the paintwork and wallcoverings. In some areas like the basement and bedrooms contemporary timber screens have been designed in a similar vocabulary to the existing. 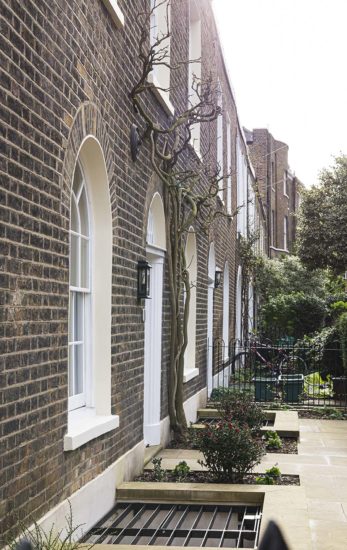 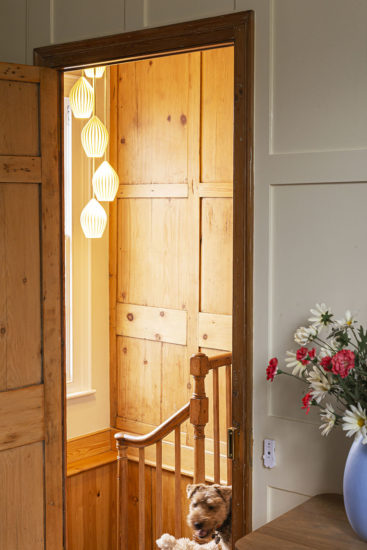 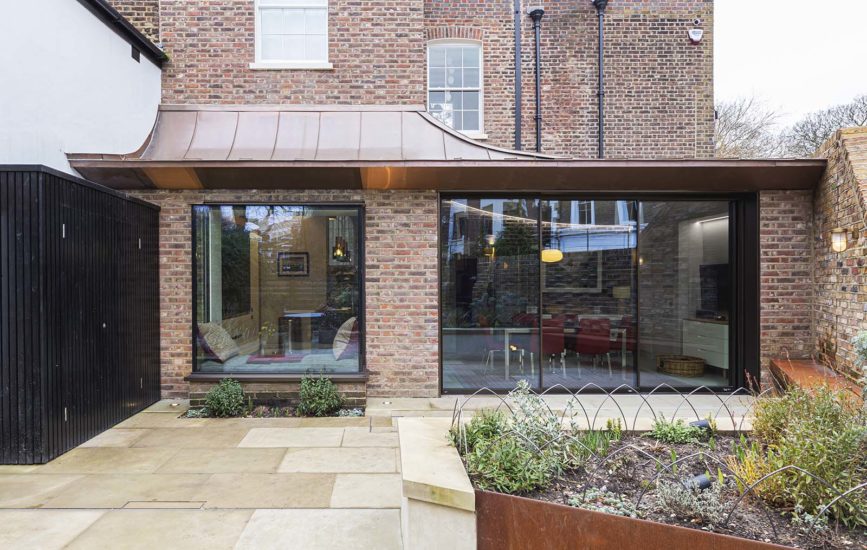